Share a memory
Obituary & Services
Tribute Wall
Read more about the life story of Betty and share your memory.

Betty was born February 15, 1933  in Norton, KS to parents August Joseph and Barbara Mary (Rohr) Rome. She was a twin and quite the surprise to her Mother and the Doctor, as they didn’t know she was expecting twins. Betty and her twin sister Jean were so tiny that they fit into a handkerchief. She was 1 out of 9 children. She was very active in HS in Seldon, KS where she played volleyball, basketball and was a cheerleader and loved going to dances. She also helped care for her younger siblings and worked with her parents at the Rome Grocery Store (that her parents owned.) After high school Betty spent the summer in Chicago with her Aunt and Uncle and enjoyed getting city life experience & really enjoyed being treated to hot fudge sundaes.

She then moved back to McCook to share an apartment with her friends Joy and Juanita and treasured those fun memories they made as roommates.  Betty worked at the movie theater and then McCook Equity as a bookkeeper. Betty met the love of her life, Wayne Harold Grafel, and they were married February 21, 1955, at St. Patrick’s Catholic Church in McCook. Wayne and Betty purchased a home and farmland South of Culberston in 1955 and were blessed with five children.

Betty was an active member of St. Patrick’s Catholic Church where she served as a Sunday School teacher & was on the Women’s Altar Society, she volunteered with the carnivals and helped clean the church and prepare funeral dinners. In addition to being a farm owner/wife, Mother, gardener, chef and seamstress Betty worked at McCook National Bank as a teller and clerk for several years & enjoyed her colleagues & her regular customers in the community. Betty’s favorite role was being a Mother, her children were her pride and joy and she was also known and loved as a 2nd mom to many of her children’s friends & her younger brothers, nephews and nieces who would come spend the summers working on the farm or visiting. Betty enjoyed spending time as a 4-H Leader and Girl Scout Leader, she even volunteered and was a trip sponsor to NYC and DC with the 4H kids when she was expecting Michelle and climbed those stairs faster than any of the kids.  Betty will be remembered for the wonderful meals she made for her family & friends and her special gift of cooking, especially her famous cinnamon rolls and runzas she shared and fried chicken at harvest time.  She enjoyed sewing, gardening, her pets & granddogs and together with Wayne, playing cards and dancing.  The couple was known for their fast-paced jitterbug and impressive square dancing.  The family shares many fond memories of traveling to the Rome family cabin, trips and cruises with lifelong friends, Jack and Evelyn Hook, many lake boating and picnic days and vacations to Hawaii, Yellowstone and Disney World.

Betty was very community oriented and throughout the years, was involved in numerous organizations to include the The Red Hats, the Culbertson Extension Club, Pinachole Card Club, Square Dancing and loved to be involved at school with the other moms attending band events & games together.  She enjoyed going to Bear Cave, Perk & McCook bakery for a cup of coffee with friends and also celebrated monthly birthdays too. She also loved staying active by participating in the FROG Exercise Class in Culbertson and loved getting together with the neighbors for the annual July 4th firework show.

Betty was young at heart and absolutely loved living life to the fullest, her Grandchildren and Great-Grandchildren meant the world to her. Her grandchildren loved spending weeks at the farm during the summer where they had tea parties, played dress up, went to the county fairs, rode the 4 wheelers, explored and hiked together, helped with the farm animals, fed the ducks at the park,  played lots of  games including aggravation and learned to bake and sew. They also thought Grandma was the coolest Grandma when they discovered her love for rides at the fairs, she even rode roller coasters into her early 80s and was loving life.

After Wayne passed, Betty enjoyed spending time visiting and traveling to her children and grandchildren, and especially enjoyed  living with her daughter Carol, in North Platte, who was her primary caregiver for her last several years. They had a lot of fun together & Carol helped her through some of her biggest health trials battling her dementia. Betty spent the last 7 months of her life living in Utah near Michelle & family and was surrounded with the love of God & her family when she passed.

Visitation will be held 4 p.m. to 6 p.m. followed by recitation of the Rosary at 6pm on Sunday, February 5, 2023 at Carpenter Breland Funeral Home, McCook.

A Funeral Mass will be held at 10:30am on Monday, February 6, 2023 at St. Patrick’s Catholic Church, McCook, with Father Bernard Kimminau as Celebrant.

To send flowers to the family or plant a tree in memory of Betty J. Grafel, please visit our floral store. 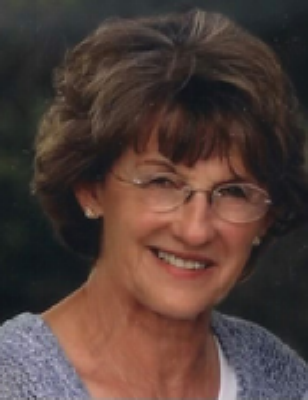