Share a memory
Obituary & Services
Tribute Wall
Read more about the life story of Donald and share your memory.

Donald Leroy Sawyer, age 79, of McCook, NE passed away on Wednesday, January 4, 2023 at his home in McCook.

Don was born March 12, 1943 in Tampa, FL to parents Lorence E. and Dorothy (Offner) Sawyer. He was one of three brothers.  The family later relocated to McCook where Don graduated from McCook High School with the Class of 1961.

Don worked hard his entire life, including Sidles and a forty year career at the post office. He raised hogs in his spare time and his evenings were spent working the door at Sports and Overtime where he made many friends. He loved telling jokes and making people laugh. He especially enjoyed playing Santa Claus at Christmas time.

Don was a member of the APA Pool League, traveling to Vegas on a championship team, a member of the McCook Eagles and a past member of the Elks Club. Along with playing pool, Don enjoyed fishing and bargain hunting at auctions and garage sales. He will be remembered for his love of a good story and telling jokes.

Don was preceded in death by his parents; and his brothers, Gary Sawyer and Rod (Andrea) Sawyer.

Those left to cherish his memory are his wife of fifty-seven years, Shirley Sawyer of McCook; daughter, Carmen (Joe) Bond of McCook; beloved niece, Susan Henry; brothers in law, Butch (Doris) Simants and Sonny (Mary) Simants, all of North Platte, NE; and numerous other nieces, nephews and extended family members.

To send flowers to the family or plant a tree in memory of Donald Sawyer, please visit our floral store. 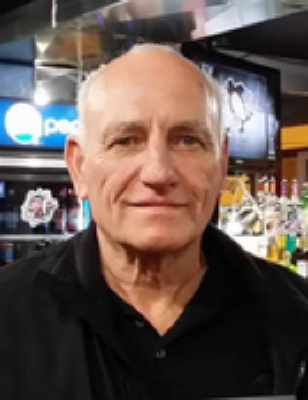