Share a memory
Obituary & Services
Tribute Wall
Read more about the life story of Jordan and share your memory.

Jordan was born on December 1, 1989, in Jackson, Wyoming to parents Matthew E. and Gail E. (Irwin) Lauger. He lived in his hometown of Pinedale, Wyoming and graduated from Penn Foster in 2007. Eventually he relocated to McCook in 2009. after having met his future bride while volunteering in the door-to-door ministry there. Jordan was united in marriage to Amber Marie Meissner on June 2, 2012 in McCook and to this union, two children, Evelyn Sage and Delilah May were born.

Jordan was employed at the Pepsi Distribution Center until it’s closure in 2019. He then worked as a trucker for JP Logistics and most recently was promoted to Warehouse Manager at Van Diest Supply in McCook.

He was a lifelong Jehovah’s Witness and a devoted, loving father and husband who loved spending time with his family. Jordan had his own podcast, The Only Clash Podcast, and enjoyed listening to other podcasts as well as playing video games. Jordan loved the outdoors; frolfing, playing softball, and any snow sport, especially snowmobiling. He was mild mannered, made people laugh and was a best friend to anyone who was fortunate enough to be his acquaintance.

Jordan was preceded in death by his paternal grandfathers, Mike Lauger and Owen Irwin, both from Pinedale, Wyoming.

In lieu of flowers, memorial contributions for the Lauger Family can be directed to Amber Lauger at P.O. Box 63, McCook, NE 69001.

To send flowers to the family or plant a tree in memory of Jordan David Lauger, please visit our floral store. 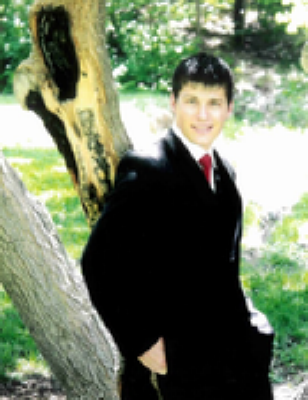