Share a memory
Obituary & Services
Tribute Wall
Read more about the life story of Keith and share your memory.

Keith started life on a farm in Hayes County. He loved the outdoors, and it was not uncommon to see him chasing the cats, dogs and other animals, usually butt naked, as he hated clothes and as soon as he was out of sight, he disposed of them.

He started school in Hayes Center, NE and later he attended in McCook, NE. He developed cancer and the part of the brain that regulates brain fluids stopped functioning at the age of six.

One of his greatest contributions to life was his part in the pioneering procedures of medicine. He was one of the first six children to have a shunt put in his head.  This is a common surgery that now is used to save the lives of babies that had water on the brain or brain trauma.  When his mom had her brain aneurism, it was learned that Keith’s case study (which included his medical history up to that date) was required study for all neurologists.

Most of his life, Keith was able to live at home with his parents and his brother, Gilbert.  Keith was quite the singer he loved to hum even if he didn’t know the words.  He loved children and enjoyed shooting baskets, playing pac-man and watching Disney movies with his nephews and nieces.  Even a few of the great nephews and nieces got to enjoy those activities.  Halloween time was a particularly favorite day, seeing the little kids in costumes and passing out candy.  He loved doing crafts, like safety pen art, bead work and latch work with his mom.  At one time, Keith had a very extensive key chain collection, key chains given to him from family and friends, that when connected, went around his room three times.

Keith was absolutely always the sweetest and left you with a smile and a whole lot of gratitude.  A fifty plus year brain cancer survivor, Keith cheated death many times. The energizer bunny has a few more years to match Keith’s determination to keep going.  He was a great inspiration to those in his life and was loved by all.  Keith attended the Methodist Church in Phillips, NE.

Visitation will be held from 1 to 2pm on Wednesday, January 11, 2023 at Carpenter Breland Funeral Home, McCook.

A funeral service will be held at 2pm on Wednesday, January 11, 2023 at Carpenter Breland Funeral Home with Pastor Clark Bates officiating.

Burial will follow in the Culberson Cemetery, Culbertson, NE.

To send flowers to the family or plant a tree in memory of Keith M Wilson, please visit our floral store. 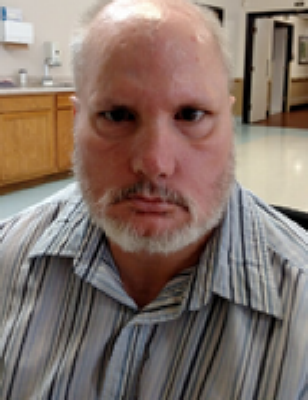