Share a memory
Obituary & Services
Tribute Wall
Read more about the life story of Richard and share your memory.

Richard W. Johnson, a lifetime resident of McCook, NE passed away surrounded by his children in his home on Friday, December 17, 2021. He was 85 years old.

Richard was born to Waldo F. and Grace E. (Phelps) Johnson on September 14, 1936 at St. Catherine’s Hospital in McCook. Richard was one of four siblings who grew up in McCook where he also attended school, graduating from McCook High School with the Class of 1955. He then attended McCook Junior College and the GM Training Center in Omaha, NE. In his youth, Richard was baptized at the St. Alban’s Episcopal Church. He remained active in the church his entire life, serving as an usher, secretary and treasurer, Brother Head of St. Andrew’s and in the Vestry.

On June 16, 1957, Richard married his high school sweetheart, Lila Nadine (Schafer) Johnson in McCook. To this union three children were born. In June of 1959, Richard began working in the Parts and Services Department of the Automotive Sales and Services Co where he was employed for over 50 years. He was always there for his family, a devoted husband, father to his kids and mentor to his grandchildren. Richard enjoyed fishing, working on his tractors as well as rebuilding them, getting his hands dirty on anything mechanical and working sudoku puzzles. He was a member of the Heritage Antique Tractor Club, the Elks Club and the Boy Scouts of America where he actively volunteered to help.

Richard was preceded in death by his parents; and his beautiful wife of 56 years, Lila Johnson.

To send flowers to the family or plant a tree in memory of Richard W. Johnson, please visit our floral store. 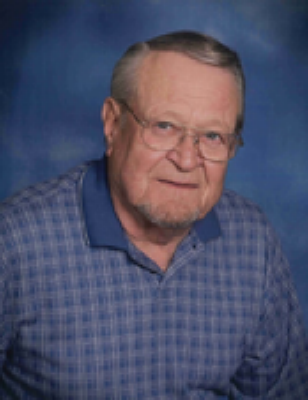