Share a memory
Obituary & Services
Tribute Wall
Read more about the life story of Rosalie and share your memory.

Rosalie was born February 22, 1946, in McCook, NE, to parents Elmer L. and Reva M. (Horn) Cox. She was one of eight children growing up in Hayes County and attending school and graduating from Hayes County High School with the Class of 1964. Following high school, Rosalie attended McCook Community College and Chadron State College.  Rosalie also attended various banking schools and was a graduate of the Colorado School of Banking in July 2000.

Rosalie married Gary Hastings on August 7, 1965, in McCook.  To this union three children were born.  Gary and Rosalie lived in Hamlet and Imperial where Gary was a teacher and Rosalie stayed home with the girls.  In 1971, Gary accepted a principal job for Hayes Center Public Schools, and this is where they raised their children.  Rosalie worked part-time for the Times-Republican newspaper until Bob started school.  Rosalie then began her 33-year career in banking.  Rosalie worked for AmFirst Bank as a teller and Assistant Vice President of Credit Review. In 1994, Gary and Rosalie moved to West Point, NE, where Rosalie was Vice President of Agricultural, Commercial and Consumer Loans at Farmers and Merchants National Bank.  Gary and Rosalie moved to Scottsbluff/Gering in 2006 where she worked at Platte Valley Bank and Valley Bank & Trust until her retirement.

Rosalie was active in many organizations including Financial Women's International where she was awarded Member of the Year along with State Member of the Year; Hayes Center Library Board, District Extension, and Alter Society in Hayes Center; and President of West Point Chamber of Commerce and Church Choir in West Point.  Rosalie had many hobbies throughout the years, and had such a special gift for cooking, cake decorating and sewing.  Rosalie was known for her legendary Pigs-in-a-Blankets and Runzas as well as her noodles which were loved by all her grandchildren.

To send flowers to the family or plant a tree in memory of Rosalie Ann Hastings, please visit our floral store. 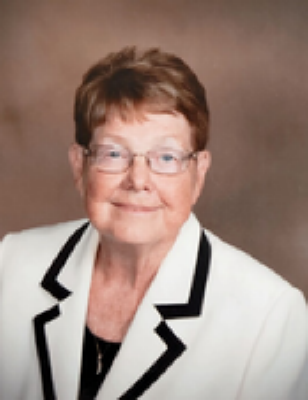