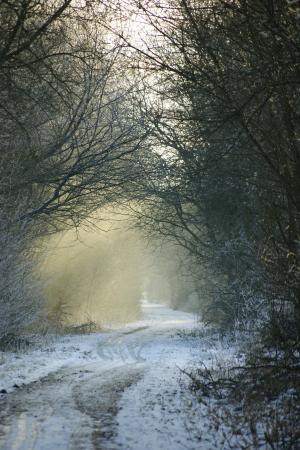 Sue was born September 10, 1936, on a farm in Erie, Kansas to parents Fred R. and Wilma E. (Butler) Kyle.  She was greeted by three older siblings, sister Edyth and brothers R.A. and Don. Sue was later blessed with 2 younger brothers, Billy and Jimmy and a sister, Sally. At a very young age, Sue had a passion for all the farm animals, especially her pet lamb and her horse, Tony. If her mother allowed, Sue would ride her horse all day long. She attended Elementary school in Neosho County, Kansas. In 1948 the family moved to Cozad, Nebraska where Sue attended middle and Senior high school, graduating in 1954. After graduation, Sue attended Scottsbluff Junior college then moved to Lincoln, Nebraska where she was employed at University of Nebraska Agricultural College.

During her employment at the University of Nebraska, she met Bob Horn of Palisade, Nebraska who was a senior student at that time. They were joined in marriage on April 14th, 1957, in Cozad, officiated by Rev. Nye O. Bond.  They celebrated a beautiful, hardworking and fun filled marriage of nearly 60 years before Bob’s passing in 2017.  To this union two sons were born, Douglas L. Horn and Gregory S. Horn.

Sue worked for the United States Post Office for over 30 years and was a Postmaster in Morrill, NE, Hayes Center, NE and Palisade, NE.  She was a member of the Palisade United Methodist Church, the Order of The Eastern Star and the Rotary Club.  Sue had a passion for sewing, gardening, fishing and cooking and loved working side by side with Bob on the "Elbroko Racho" North of Palisade raising sheep and cattle and restoring Cushman Mooter Scooters. They were members of the National Cushman Club of America and loved attending National Meets riding their Cushman Scooters in numerous states. Sue's love of life was her family, her faith, her career, friends and hobbies but her greatest sense of pride and joy was with her family.

Sue was preceded in death by her husband, Bob Horn, beloved daughter-in-law Jan Horn, her parents, Fred and Wilma Kyle, sister, Edyth Wooldridge and husband Spike, three brothers, Don Kyle and wife Kathryn, R.A. Kyle and wife Carolyn and Jimmy Kyle.  She was also preceded in death by her parents in law, three nephews and many aunts, uncles and cousins.

A memorial service and celebration are planned for a later date.  Memorial contributions can be made in the name of Sue Horn through Carpenter Breland Funeral Home.

To send flowers to the family or plant a tree in memory of Sue Horn, please visit our floral store.