Share a memory
Obituary & Services
Tribute Wall
Read more about the life story of Terry and share your memory.

Terry Gene Ellinger, age 78, of McCook, NE passed away unexpectedly on January 3, 2023, at his home, which was his own little piece of paradise.

Terry was born June 30, 1944, in Storm Lake, Iowa to parents Donald E. and Betty Lou (Fawcett) Ellinger. He was eldest of four children and graduated from Crestland High School in Early, IA in 1962.  He went on to attend Buena Vista College in Storm Lake, Iowa on a full ride football scholarship earning a bachelor’s degree in accounting.

On December 1, 1962, he married Mary A. Carnine. Together they had two children: Teresa and Todd.

While holding down a full-time job and having a young family with the support of his wife Mary, he continued classes. Studying for and passing his CPA exam. After living in Iowa, the family briefly lived in Littleton, Colorado. Finally moving and making their home in McCook in 1975 and eventually starting his own CPA firm.

He was a part member of the McCook Elks Club, Pheasants, and Quail Forever, APHA, AQHA, and many other organizations. Terry supported the local 4-H clubs, The Fox Theater, and McCook Community Hospital.

He loved spending time with family, friends, and his dogs that were constantly by his side. When you walked into his home, you could expect to be greeted by three excited labs, college sports, or a western on the TV, and the smell of something cooking. He was an avid sportsman. Enjoying fishing, bird and big game hunting. He was a diehard Husker fan even though he was born in Hawkeye country.

To send flowers to the family or plant a tree in memory of Terry G. Ellinger, please visit our floral store. 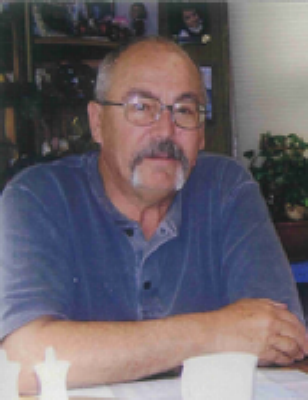