Share a memory
Obituary & Services
Tribute Wall
Read more about the life story of William R. and share your memory.

Bill was born November 3, 1930 in Grand Island, NE to parents Manley Noble and Elsie Harriet (Reed) Schenck.  He was one of four siblings.  The family moved from Grand Island to North Platte, NE in 1940 and Bill graduated from North Platte Senior High School with the Class of 1948.

Bill married the love of his life, Mary Angela (Hoatson) Schenck on August 4, 1954, at the Sacred Heart Catholic Church in Sutherland, NE. To this union five children were born.

Bill proudly served his country during the Korean War with the 82nd Airborne Division. He enlisted in 1951 and was honorably discharged from Fort Bragg, NC in 1953.

For forty-four years, Bill worked for the Nebraska Brand Commissioner as a brand inspector then promoted to a brand investigator. He was a mentor to many. He was stationed at several locations including Omaha, NE and Chicago, IL.  He was the past president of the SW Nebraska Peace Officers Association and belonged to several other law enforcement groups within the state as well as nationally and internationally.  Bill enjoyed public speaking, speaking to various groups such as the NSP Academy, the Nebraska Law Enforcement Academy and two different Universities in Missouri.

Those left to celebrate his life include his children, Joe (Leah) Schenck of Omaha, NE, Monica (Mark) Wacker of McCook, Barbara Schenck of North Platte and Elaine (Jeff) Polly of McCook; son in law, Dennis Hiatt of McCook; nine grandchildren, seventeen great grandchildren; and a host of extended family members and friends.

A Memorial Service will be held at 11AM on Monday, January 23, 2023 at Carpenter Breland Funeral Home, McCook, with Pastor Terry McCorkle officiating.

A private family inurnment will be held at a later date.

To send flowers to the family or plant a tree in memory of William R. "Bill" Schenck, please visit our floral store. 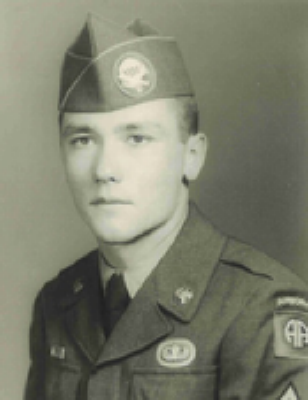